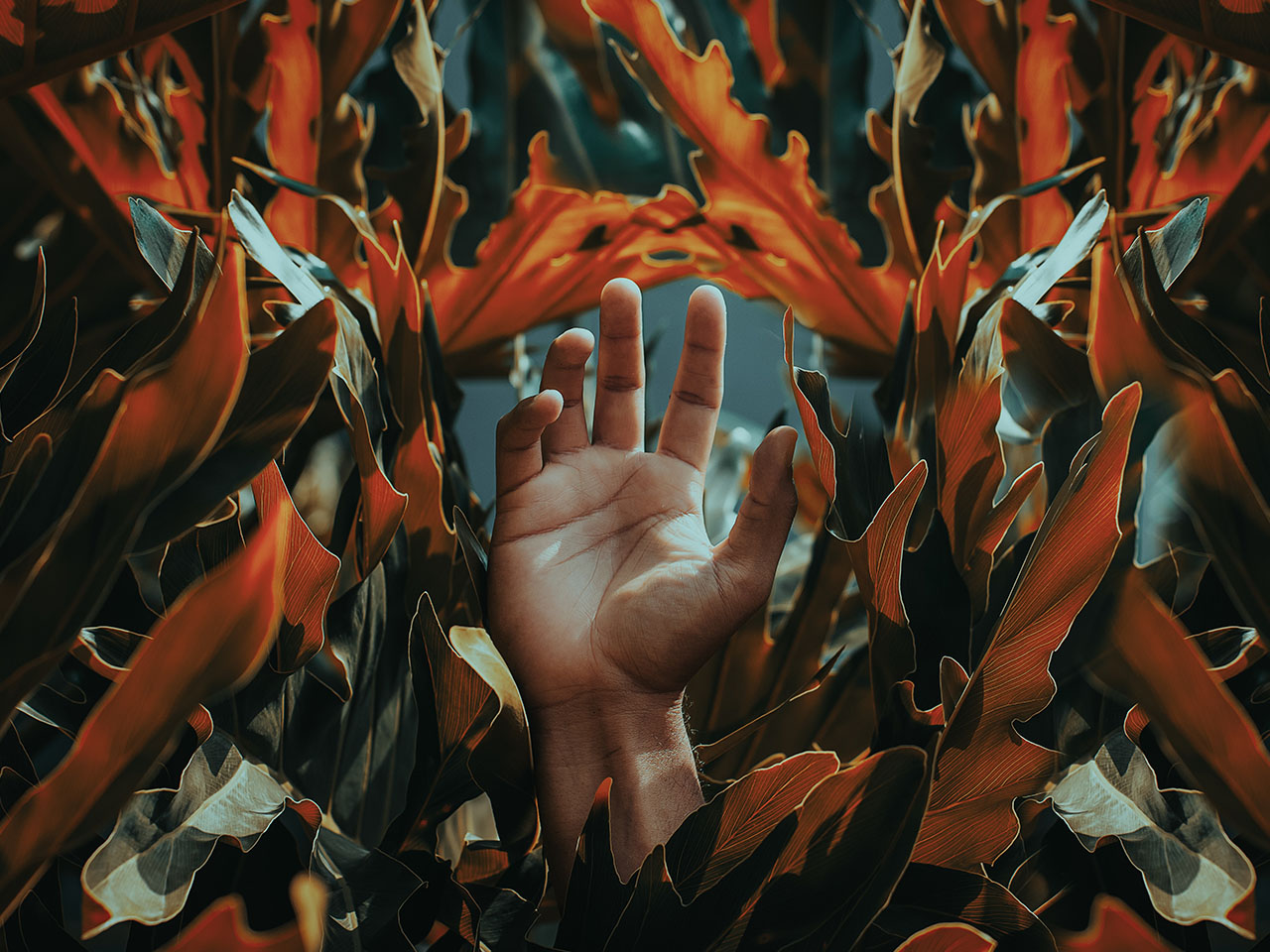 Structural dissociation means a division of the personality under high stress. It never occurs randomly, but according to specific functions that serve survival. In the case of early violence, the situationally developed behavioural states of a child do not even grow together, but remain separate. In addition, in the case of children who are exploited in an organised way, dissociative processes are specifically triggered, controlled and "coded" (given names or numbers and functions) by the professional "trainers" among the perpetrators. In addition, depersonalisation experiences create observer states as well as friendly and helpful inner parts that are usually very deeply hidden inside by the affected children, but can be extremely important in counselling/therapy. Therefore, careful inner work will always be done from the outside in: Starting with the (often relatively unsuspecting) everyday personalities; these must be stabilised and kept stable so that everyday functions can be maintained. At the same time, it is important to carefully build up the trust that inner split-off observer and helper parts can also be built up as counsellors and "co-therapists". It is important to build up and promote the inner good intuition, the inner wisdom as well as an idea of a positive, self-regulating inner self. However, with the influence of external perpetrators still present, as well as the operation of the perpetrator introspection, a cautious approach (often experienced as agonisingly slow by all involved) is necessary so that the personality does not break down further. How do we ask ourselves through the personality system and gather information so that the inner helpers can work with it? What to do when the outer perpetrators increase the pressure? How can we imagine the typical structure of a personality that has received early "training" from perpetrators? What happens when "programmes" (systematically built up compulsions of thoughts, feelings and behaviour) start? Why is it true: "Once the perpetrators have you/you again - no false heroism!" and what does this mean for the exit process? How can we recognise and understand characteristic programme types and the structure of such coercive chains? How do we work with perpetrator-loyal and perpetrator-identified parts as well as the whole personality system to dissolve the thought distortions and tormenting, often self-destructive impulses to act? What is deprogramming anyway? And what comes after compulsion?

Working through trauma in "bits and pieces

Manage cookie consent
In order to provide you with an optimal experience, we use technologies such as cookies to store and/or access device information. If you consent to these technologies, we may process data such as browsing behaviour or unique IDs on this website. If you do not give or withdraw your consent, certain features and functions may be affected.
Manage options Manage services Manage vendors Read more about these purposes
View settings
{title} {title} {title}
0
0
Shopping cart
Your shopping cart is currently emptyBack to the homepage
Browse further